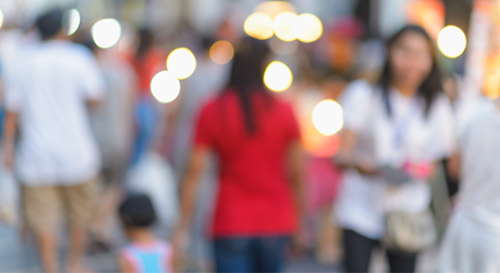 New rules enter force on June 13th affecting all types of consumer contracts but particularly those conducted by retailers online, meaning that businesses that sell over the internet may have to revisit their Terms of Sale policies.

The changes come about as a result of the implementation of the Consumer Contracts (Information, Cancellation and Additional Charges) Regulations 2013, which brings into force in the UK the European Union Consumer Rights Directive (2011/83/EU).

The key focus of the Directive is to:

The UK has already implemented a ban on excessive payment surcharges through the Consumer Rights (Payment Surcharges) Regulations 2012 (SI 2012/3110), which came into effect in April 2013. This means that traders can no longer charge consumers more than the actual cost of using a particular means of payment, such as a credit or debit card.

In addition, it is no longer permissible for retailers to charge customers more than the basic rate for telephone helplines in relation to contracts entered into.

The new Consumer Contracts (Information, Cancellation and Additional Charges) Regulations 2013 (SI 2013/3134) largely focuses on how retailers interact with the customers, whether “on-premises” (i.e. in store); “at distance” (i.e. telephone or online sales); or “off-premises” (i.e. in the customer’s own home).

Where retailers enter into contracts with consumers “on-premises” (i.e. in store) specific information must now be provided to the consumer along the same lines as that already required under the Consumer Protection (Distance Selling) Regulations 2000, notably (i) the main characteristics of the goods or services; (ii) the identity of the trader; and (iii) the total prices of the goods and/or services (including taxes).

However, this does not mean that all transactions fall under the new rules. “Day-to-day” transactions and those performed immediately at the time when the contract is entered into are excluded, meaning that the new rules will largely apply to the sale of goods that are delivered or fitted at a later date (i.e. white goods, furniture, fitted kitchens and bathrooms, etc.).

Retailers are also now required to provide certain prescribed information to a consumer before the consumer is bound by any sales contract, encompassing (i) the main characteristics of the goods; (ii) the identity of the trader; (iii) the total price of the goods or services (inclusive of taxes); and (iv) all additional delivery charges and any other costs.

Transactions performed electronically (i.e. online or through a smartphone App) are particularly highlighted as requiring adherence to such requirements. While a new requirement also is the requirement for consumers to acknowledge that the order implies an obligation to pay – and any button must explicitly state this.

In addition, the retailer can no longer use “pre-ticked” boxes for additional payments, such as for delivery options – to which the consumer must now provide express consent.

Under the new legislation, following a distance contract the retailer must also now provide the consumer with confirmation of the contract on a “durable medium” (e.g. by paper or by email) no later than the time of delivery. This must include (i) the main characteristics of the goods/services; (ii) the total price of the goods/services (inclusive of taxes); and (iii) all additional delivery charges and any other costs.

A key change also is in relation to the “cooling off period” for transactions, which increases from 7 working days to 14 calendar days for “distance” contracts. This will apply to all online or over-the-phone transactions meaning that retailers must amend both their selling and returns processes.

The key exemptions to the new rules are those transactions involving the supply of goods that are liable to deteriorate or expire rapidly and personalised goods.

Where a customer withdraws from or cancels a contract the retailer must reimburse all payments (except any non-standard delivery costs) received within 14 calendar days – albeit different starting dates relate to services and goods contracts.

Not now as common as they once were, “off-premises” contracts are however also covered by the new rules, particularly in relation to information and cancellation rights, which largely mirror those for distance contracts.

Retailers, whether shop or online, must revisit their sales process and Terms of Sale policies to ensure compliance with the new rules. All changes must be introduced no later than 13 June 2014.

But further change is also planned to consumer contract rights through the enactment of the UK Consumers Rights Bill, which will merge all existing UK consumer protection laws and regulations, and is expected to enter force in 2015-2016.

While the amendments introduced by the most recent Regulations will be incorporated into any new legislation, it is clearly not however the end of changes in the consumer arena.