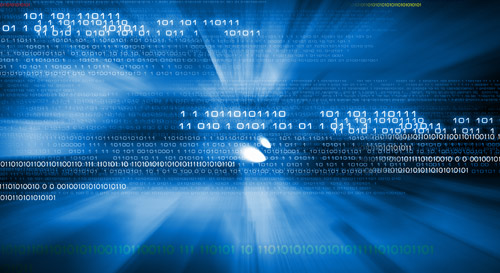 The definition of a particular type of product as a good or service can be an important indicator of the legal obligations and protections that apply to the products and the parties involved in a transaction. This is particularly so when it comes to software, which is increasing delivered as a service, or consumed digitally rather than through a tangible hard disc form, but which distinctions the law has to date struggled with.

Under the Sale of Goods Act 1979 (SGA), the legislation that until 2015 regulated the sale of goods to consumers, ‘goods’ is defined as “all personal chattels other than things in action and money”. This has been held to mean that goods must generally be tangible, so that in the software context a USB stick containing software was considered goods but software supplied only in digital (intangible) form was not.

The Consumer Rights Act 2015 (CRA), which came into force in October 2015 and which now regulates the sales of goods to consumers, however extended the scope of ‘goods’ through specific provisions to cover intangible digital content. Music, videos and games accessed by means of downloading or streaming are, under the CRA, recognised as goods even if sold in a digital format.

The definition of a product is also important when it comes to determining the validity of commercial agents contracts, where the relative obligations of principals and agents when ending a relationship is often an area of conflict, much negotiation and potentially high expense.

If a principal-agent relationship does exist then there are strict rules about how and when a principal may terminate the agreement and any pay-off the agent may be entitled to.

Under the Commercial Agents (Council Directive) Regulations 1993 (Regulations), which govern principal-agent relationships in the UK, a commercial agent dealing in the sale of goods is entitled to either compensation or an indemnity payment (usually a pre-agreed figure) when a principal ends the relationship. Under the Regulations there is however no fixed definition of goods, with the courts historically echoing the SGA requirement for tangibility, meaning agents dealing in intangible software usually fell outside of its scope.

The High Court this summer nonetheless considered a case involving a commercial agent whose role was to promote an application software product supplied in a digital form. The agency agreement was terminated and the agent claimed compensation under the Regulations. The principal counter-argued that the Regulations only apply to the sale of goods and that the software in this case was not goods and so no compensation was due.

The court held that despite the intangible nature of the product the essential legal characteristic of the software, in this case a stand alone digital application product operated under a perpetual licence, should not be determined by the way it was delivered to the end user. In addition, it held that the software should also not be regarded, and was not, a service.

The ruling is significant in terms of clarifying the legal nature of software products in a commercial agent context. The previously undefined concept of goods under the Regulations has been replaced by, on the face of it, the CRA’s definition (which encompasses digital products). This is a departure from the previously accepted line echoing the SGA, by which the general definition of goods excluded software.

This clarification is likely to be welcomed by commercial agents who may now be in a stronger position under the Regulations than was previously the case. Principals may conversely find their position weaker with an obligation to now pay introducer fees or to compensate agents on the termination of a relationship.

Software providers should however note the nature of the product under scrutiny in the above case, which was a stand-alone application that performed a specific function once uploaded; which the court stated was akin to digital music or an electronic book. The ruling may well have been different if the agent was distributing software on an annual licence, subscription, or software as a service (SaaS) basis – where the user does not obtain outright ownership of the software, but merely retains access so long as they continue to pay the requisite fee.

The form of delivery of software may be increasingly less relevant in the eyes of the law, but the form of an end user’s access and the relative importance of any service component provided to support the software may still be significant in refuting the definition of the product as ‘goods’.

For more information or assistance on software protection, licensing or commercialisation, including commercial agents issues, then in the first instance please contact Tris Moore at [email protected]