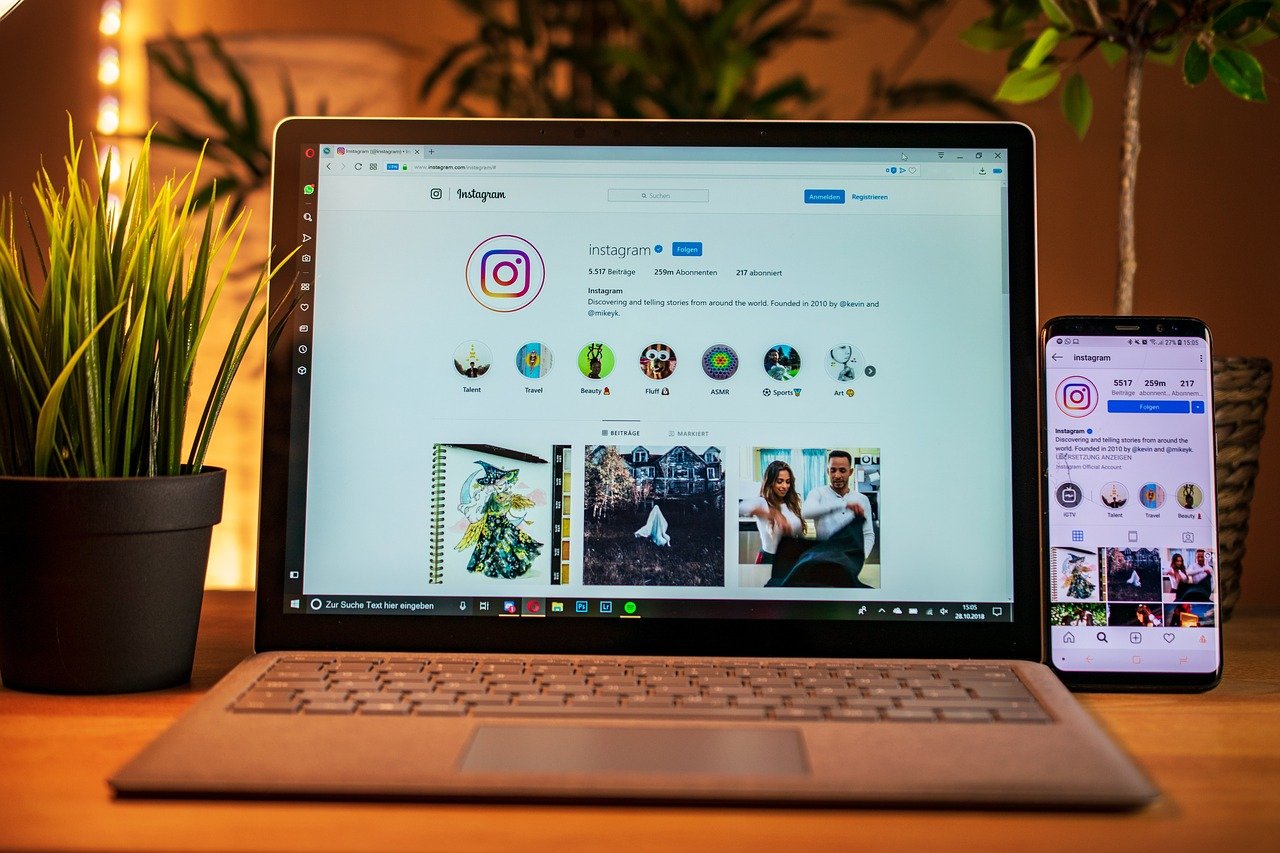 To say this past year has been a turbulent one would be a dramatic understatement. The Coronavirus pandemic brought the world to a screeching halt in early 2020, with global trade slowing down to a level not seen since the early 90’s, and industries like travel and tourism experiencing shrinkages of up to 55%, there is no doubt that it has been a difficult, often impossible 14 months for companies worldwide. It is only now, writing at what will hopefully be waning stages of the pandemic, that we can begin to look at how businesses were forced to adapt to survive and what this means going forward.

Prior to the pandemic, the vast majority of content creators relied heavily on sponsorships and advertisements as their primary method to generate revenue. In fact, for over 71% of social influencers, this type of income represents 100% of all money earned. However, as the coronavirus began to spread many found themselves in an increasingly difficult situation. Brands, uncertain of what was coming, began to cancel influencer-driven marketing campaigns and sponsorship opportunities became increasingly rare.

During the height of the pandemic sponsored posts on sites such as Instagram and Snapchat fell from representing 35% of influencer content in mid-February to only 4% in April. On top of this, those who were still able to retain sponsorships saw their revenue drop by between 15% and 25% per post. YouTube was in a similar situation, with many channels reporting a decrease in CPM (cost per mille) of over 50%, causing revenue to plummet. The situation got so severe, that popular YouTuber, and internet historian Hank Green called for other creators to break convention and post their CPM rates online. It’s important to keep in mind that these statistics account for all influencers as a whole, and whilst shocking, they fail to fully paint the degree to which some were impacted. For many creators, including those in the travel and tourism space, the situation was much bleaker, with sponsorship opportunities dropping by over 66% in the months following the initial March lockdowns.

“Many social media influencers have been forced to adapt to survive. Focusing on becoming less reliant on ad and sponsorship revenue and instead looking to generate their own forms of income”

Perhaps the most important thing to remember for existing and aspiring content creators is that whilst ad revenue and sponsorships were down during the pandemic, user engagement is not. In fact the opposite is true, owing to lockdowns and the fact that people are often looking for alternative ways to entertain themselves, influencers are currently enjoying unprecedented levels of engagement with their content. This contrast between engagement being so high, and revenue being so low, has led many creators to begin exploring alternative ways to monetise their channels.

The most impactful change in the pandemic influencer economy has been the move toward merchandising. Whilst this is by no means a novel idea, and has always been a core part of any influencers business model (with the predicted sales of printed shirts in the U.S due to reach $3.1Billion by 2025), the pandemic has only served to add rocket-fuel to the merchandise market. On its face this makes sense, we know from Amazon’s meteoric growth during the pandemic, that the public's appetite for shopping online has continued to increase. In fact, contrary to what many would expect, E-Commerce as a whole experienced an incredible 44% YoY growth in 2020,  so it’s understandable that content creators would seek to make the most of this. This growth in E-Commerce more generally is relevant as it directly ties into merchandise sales, Chris Vaccarino, CEO of Fanjoy, a company which acts as a marketplace for content creators such as Jake Paul and KNJ to sell their merchandise noted this, stating that contrary to declining ad and sponsorship revenue, merchandise revenue has actually increased during the pandemic. A tremendous example of this is popular YouTuber Preston Arsement, who, whilst speaking to Business Insider, reported that despite a significant decline in other streams of income, he had managed to triple his revenue by investing in developing and promoting his merchandise.

By developing merchandise content creators are presented with the unique opportunity to fully own the relationship with their audience, without being beholden to third party platforms, sponsorships or brands. In the past this has been reserved for larger creators, with the capital and resources to develop their own product lines. However, with platforms such as Fanjoy and Teespring making it easier than ever to create and sell your own merchandise, we expect to see more creators becoming self-sufficient by making the most of the increased engagement social media is enjoying.

One thing that will not have escaped your attention is the emergence of podcasts, because they are everywhere. As traditional sponsorship revenue began to decline many creators decided that the best course of action was to massively increase their content output and begin to further grow their audience. This has proven to be an incredibly profitable venture with podcast listens doubling on Spotify in 2020 and increasing by over 55% in the US as a whole. This increased engagement is not only healthy for a content creator because it means they have an active and participating audience (who are in turn more inclined to purchase merchandise) it is also fantastic for their bottom line. Unlike traditional sponsorships and ad revenue which declined during the pandemic, promotions on podcasts actually increased by 24% and revenue increased by 15.4%. Couple with this is that fact that YouTube increases its CPM based on engagement, meaning that if your audience engages with your content for on average the length of a podcast (60 minutes +) you will likely earn significantly more for the same amount of views on a shorter piece of content like a vlog, story or post.

As well as podcasts, we have also seen more and more creators spread out into alternative forms of media. TikTok for example experienced an 800% increase in users since before the pandemic with 315 million downloads in the first 3 months of 2020. Much like YouTube, TikTok has what it calls the ‘creator fund, which enables creators to augment their revenue by creating or repurposing content easily.

Twitch is another example of a newer platform that creators are flocking to in record-breaking numbers since the start of the pandemic. Unlike YouTube or TikTok, Twitch allows creators to receive donations and subscriptions directly from their audience, and whilst it would be reasonable to expect that streamer revenue would decline during a pandemic, the opposite is in fact true with Twitch report its highest ever steamer revenue numbers in October 2020.

By engaging with your audience across multiple different platforms creators are able to massively increase both the reach and engagement of their content. Critically, it also enables them to ensure that they are multiple income streams which protects them against becoming overly dependent on a single platform.

Patreon is a platform that enables audiences to donate and support their favourite creators often in return for unique content, shout-outs or early access to episodes/podcasts. It isn’t necessarily anything new but it has grown massively in popularity in recent months with Patreon itself announcing that it surpassed a $1Billion valuation in September 2020. (Doubling from $660Million in 2019). When the pandemic first hit many creators were left uncertain of how they would continue to generate content and without any other options, over 50,000 different creators signed up to Patreon. That represents a 25% growth in total user base within a month of the first lockdowns and it has continued to grow since then. In fact many regard Patreon as a ‘lifeline’ for creators and an integral part of the digital economy,

By utilizing platforms such as Patreon, creators are able to fund their content without the need to create products, or develop significant amounts of content. Patreon is unique in that it is entirely driven by the relationship between the creator and their audience, and represents an almost entirely risk free, resilient and dependable stream of revenue for creators of all sizes.

It would appear that for many content creators, the cat is very much out of the bag. Whilst the Coronavirus pandemic has been incredibly difficult, it also forced influencers to innovate, diversify and become less reliant on traditional income streams. As we begin to emerge out of lockdown and the world slowly creeps back to normal, it is unlikely that this generation of creators will ever go back to being quite so dependent on one form of revenue. One of the biggest takeaways from the last year is that even during a global pandemic content creators still have tremendous potential to generate revenue and audiences still have an appetite for content. Looking at the growth of merchandise, and the increase in direct donation platforms like Twitch and Patreon, we can see that creators have little need to rely entirely on external sponsorships.